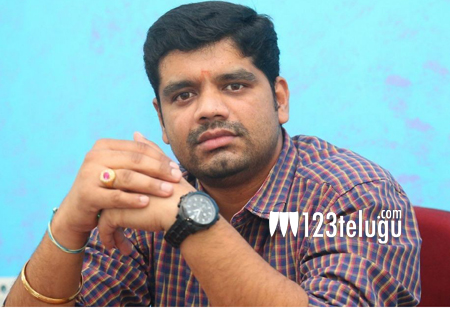 After trying out different genres like horror, action, crime, drama etc, master film maker Ram Gopal Varma directs a romantic entertainer ‘365 Days’, starring Nandu and Anaika Soti in the lead roles. This movie released yesterday and on this occasion, we caught up with producer D.Venkatesh for a brief interview. Let’s see what he has to say

A) We are receiving positive response from all the areas it has released. Collections are decent particularly in ‘A’ centres and multiplexes. Software and other corporate employees are getting connected to this movie. Newly married couples are also enjoying this flick big time. We are hoping that collections will improve in the next couple of days.

Q) How is it working with Ram Gopal Varma ?

A) I am very lucky to produce my first flick with such a good director. My interest over movies has pushed me to the film industry and in this process I met him and he narrated me this story. I liked the script and we proceeded further.

Q) What are major highlights in this flick ?

A) After churning out many commercial flicks, Ram Gopal Varma came up with a different genre in this flick. The romantic angle in this film is the major highlight. He showcased all the issues in the lives of a newly married couple pretty well. This movie is a clean and crisp entertainer which can be watched with the entire family.

Q) What type of movies can people expect from you in future ?

A) Star producer Dil Raju is an inspiration for all the new producers like me. I will follow his foot steps and want to make sensible movies with good values for the family audience.

Q) Tell us some thing about the industry ?

A) The encouragement is good to some extent. I feel that audience should change their way of thinking for low budget movies. They should encourage small movies and word of mouth plays an important role for the long run and collections.

Q) Tell us about your upcoming projects?