Interview : Dasari Kiran Kumar- Dialogues will be a major highlight of Ram Leela
Published on Feb 25, 2015 11:00 am IST 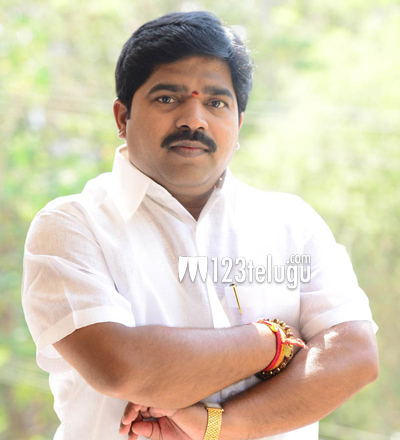 Producer Dasari Kiran Kumar, is back with his second project Ram Leela. Starring Havish, Abhijeet and Nanditha, this film is gearing up for a release this Friday. On this occasion, we caught up with Kiran for a brief chit chat. Let’s see what he has to say.

Q) Tell us about Ram Leela ?

Ram Leela is a youthful entertainer which was shot in just 36 days. It has a unique concept which has not been tried in the recent past.

Q) How did Havish, Nanditha and Abhijeet perform in the film ?

All the three actors have given their best for the film. Havish has improved by leaps and bounds and Abhijeet played an important character supremely well. Nanditha looks glamorous and is a big asset for the film.

Q) What are the highlights of the film ?

Dialogues written by Visu will be a major highlight of this film. They have a emotional feel and will be liked by one and all.

Q) What kind of response are you getting for this project ?

The pre-release buzz is pretty good and the censors officials have also appreciated our film.

Q) Any particular reason for continuously producing films with Havish ?

I have built up a good rapport with Havish during the making of Genius. He has reinvented himself with this film and will entertain everyone with his performance.

Q) Tell us about the director Kiran ?

I was impressed with the way Kiran narrated me the story and gave him the direction responsibility. He has done a wonderful job and the output is very satisfactory.

Q) How was it working with S Gopal Reddy ?

It was a wonderful experience working with such a senior technician. Gopal Reddy’s visuals will be yet another highlight of this film.