Interview : Producers of A1 Express- We are super confident about the film’s success
Published on Mar 2, 2021 8:00 pm IST 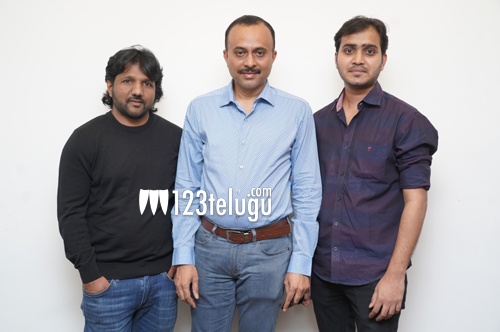 Hero Sundeep Kishan’s 25th film, A1 Express is gearing up for a March 5, 2021 release. On this occasion, we had a brief conversation with the film’s producers. Here is the transcript.

Q) How did the project materialize?

Actually, the film is the remake of a Tamil movie. One fine day, Sandeep Kishan came up with this project and after seeing the original version, we decided to do it in Telugu.

Q) What is the approximate budget for the film?

A) Making wise, we never compromised and gave whatever is required for the script. Roughly, we have spent 10 crores on this movie and every frame will showcase that in the film.

Q) What are going to be the highlights of the film?

A) Undoubtedly, after watching the film everyone will think at least for two minutes as to why Hockey is being neglected in our country. I’m confident that the climax portions and Sandeep Kishan’s performance will get good mileage from the audience.

Q) What is your immediate response after watching the final copy of A1 Express?

I’m happy with the output and very much confident that the audience will also love the film to the core.

Q) In how many theatres are you planning for the film’s release?

The film will have a release in a decent number of theatres for sure which will be the highest for Sundeep Kishan. The number will be finalized shortly.

Q) About your next projects?

A) A film with Ravi Teja will go on floors in the next couple of months. Later, we have Power Peta with Nithiin, a project with Sunil, a few other interesting project are in the pipeline in both Telugu and Tamil.