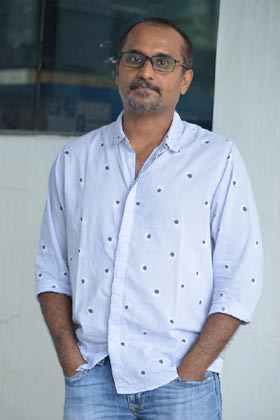 Republic is up for a release this Friday. On this occasion, we met with director Deva Katta for a brief interview. Here is the transcript.

What is Republic all about?

Generally, bureaucrats are the ones who work as the middlemen between the people and politicians. My film is also about one such bureaucrat played by Tej. What is his journey and what problems does he face within the system is showcased in Republic.

Why Sai Dharam Tej for a serious role?

For some reason, I had Tej in mind while writing this story. When I narrated the story briefly to Tej, he took a promise from me that I should only cast him. He loved the script so much and gave a wonderful performance and will shock one and all.

About Pawan Kalyan’s speech at the event?

When Tej met with an accident, we were so disappointed about the film and his health. Chiru Garu launched our trailer and Pawan sir came for the event. I feel whatever he spoke at the event was his personal matter. My film has no political angle and deals with a common point in the system.

Any update on Sai Tej’s health?

He managed to watch the pre-release event. He is out of ICU and is slowly taking solid food as well. It will take some time before he gets back to normal. His fans, family, and industry are in no hurry and want him to take time to recover.

Working with the likes of Aishwarya Rajesh?

I loved her film Kaka Muttai and made up my mind that I should work with her at any cost. She plays an NRI in this film and has done a solid job in her role.

I had written her role for a male actor. It was Tej’s suggestion to make this character female. We had Ramya Krishna garu ad Vijayashanti garu in mind. But as Vijayashanti was busy with her political commitments, we approached Ramya garu and she loved her role and did a great job.

I am planning a big biopic on the lives of Chandra Babu and YSR. But it is only in the scripting stages. It will take a lot of research and time before I get a hold of it.