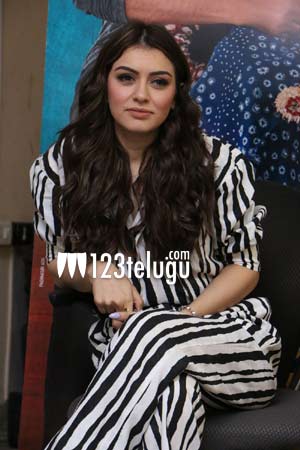 Hansika is ready with her latest film Tenali Rama Krishna which is up for a release this Friday. On this occasion, we caught up with her for a detailed interview. Here is the transcript.

I have done Denikaina Ready with Nageswara Reddy and when he came with this comedy caper, I was game for it and got ready to do the film as I loved the film.

Don’t you feel insecure in a two heroine project?

Gone are the days where you used to get cheated when it comes to roles. Directors today are very clear in everything. Vara Lakshmi plays another key role and I am not at all intimidated or insecure about her presence. I feel that wherever I go, I make my presence felt.

Why so much gap in doing Telugu films?

For every Telugu film of mine, there has been a two-year gap which is unfortunate. But as I am very busy with Tamil films, I hardly get time to do Telugu projects. So, whenever I get an offer in Telugu I do it right away. For me, language is no barrier.

How do you look back at your long career?

I have done over 50 films now and am very grateful to my directors, producers, and media for always supporting me. I feel that I have just started out and am very happy with the way films are doing and the projects that I am being offered.

Will you ever do negative roles?

Why not. I already a negative role already and am game to do such roles in the coming days as well. I feel that doing comedy and negative roles is the hardest and am looking forward to doing more films in the future.

What’s next for you?

I have four more projects in Tamil and will also be doing a web series in the direction of Ashok. That will be for Amazon and will be one hell of a ride for the audience. My role is very good in that and I take it as a film and give my best.