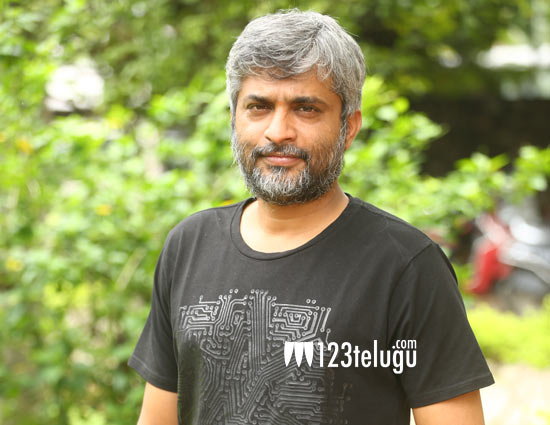 Hanu Raghavapudi who is known for films like Krishna Gadi Veera Prema Gaadha, Lie, and Andala Rakshasi is ready with his next film Sita Ramam which has Dulquer Salmaan in the lead role. The film will be hitting the screens on 5th August. Ahead of the film’s release, the director gave a media interview sharing his experience. Here is the transcript.

It’s been 10 years since you entered the industry. How was the journey? What’s the reason for doing just 4 films in these 10 years?

I didn’t have these many resources while doing Andala Rakshasi. But the freedom given by the producer Sai made me work comfortably. That film wasn’t a success in the beginning, but later it received cult status. Next, I did Krishna Gaadi Veera Prema Gaadha. Then there was a gap which was a bit difficult for me. The movie I planned with Rana didn’t come into reality due to budget constraints. Lie and Padi Padi Leche Manasu came in the span of a year. I never worried about success in my film journey.

Why did you opt to work with Dulquer despite several stars present in Telugu? Is it for the south market’s expansion?

When I wrote the story, there was no one in mind. This story requires a demanding face. All the Telugu stars were busy at that moment. Swapna mam and I decided to have Dulquer on board. It is not for any market expansion. Sita Ramam is a larger-than-life story.

What did you learn as a director in your 10 years of film journey?

We can forget everything that we have learned in 10 years. We need to learn something every day.

How important is Rashmika Mandanna’s character?

Rashmika’s role is very significant. That role changes the course of the story. The film’s story will be dependent on this character’s journey. All the characters played by Sumanth, Bhumika, and Priyadarshi are very key to this film.

What was it like working with Vyjayanthi Movies? How did you convince with your story?

It was a wonderful experience working with Vyjayanthi movies. Just having a vision won’t be sufficient to take our idea to the big screen. We need a producer who believes us and the script. Vyjayanthi Movies and Swapna Cinema have huge passion and dedication toward cinema. We shouldn’t try to convince producers with our story. Rather it has to be good. If the story is good everything falls into place. Vyjayanthi Movies have more clarity on this aspect.

What hurdles did you face while shooting for Sita Ramam?

The main hurdle was nature. In locations like Kashmir, we shot in minus-degree temperatures. This was a tough job. Other than this everything was fine.

I am doing an action film in Bollywood with Sunny Deol and Nawaz. I am also in plans to make a web series with Amazon Prime Video.