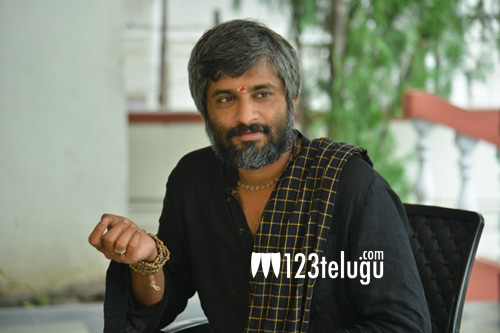 Sharwanand – Sai Pallavi’s youthful romantic entertainer, Padi Padi Leche Manasu is all set for a grand release tomorrow. On this occasion, we had a brief interview with this film’s director Hanu Raghavapudi. Here is the transcript.

Q) Tell us about PPLM?

As you all know, PPLM is a pure love story and will have a fresh backdrop. Every director tries to narrate a film in his own style and me too narrated the film according to my taste. I hope the audience will like the film and make it a good success.

Q) Why did you choose to keep Padi Padi Leche Manasu as the film’s title?

The film’s journey itself started with the title which means falling in love all over again. I wrote the script by keeping this very title in the mind.

Q) How do you approach Sharwa?

After LIE, I approached him with an action based script but he insisted me to come up with a love story. So I developed this point by keeping his image in mind.

Q) Was Sai Pallavi as the female lead your choice?

Yes. She was the first choice for us. Her role and chemistry with Sharwa will be a treat to watch on the screen.

Music plays a prominent role in any love story and our film has some great music. As I and Vishal Chandrashekar worked together for KGVP earlier, we both had a good rapport and he has done an amazing job with PPLM.

Q) Your next films?

I committed to a film with Mytri Movies banner which will go on floors from next Summer. Lead pair will be decided soon. After that, I should will do a film with Nani.