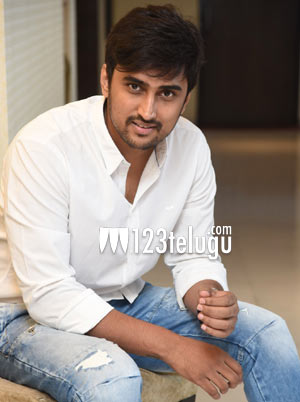 Noted director, B.Jaya’s upcoming youthful entertainer, Vaishakam is scheduled for a July 21st release. Newcomer Harish is being introduced as the hero with his film and we had a small chat session with him. Here is the transcript.

Q) Tell us about your family background?
My native place is Bhimavaram. Since my childhood, I was passionate about films and got full support from my family.

Q) How did you get the chance to act in this film?
As an aspiring actor, I used to visit many offices every day. In that process, one of my close buddies suggested me to approach Jaya mam. I met her and after a small audition, they selected me.

Q)Tell us about your role in the film?
I play a boy next door in this film. Every individual will easily get connected to my role. It is a multi layered character with has a lot of variations in it.

Q) Tell us about the music in the film?
All songs in the film received a positive feedback which is a rare thing nowadays. The entire credit should be given to music director DJ Vasanth as he has given some good songs for the film.

Q) Superstar Mahesh Babu launched your film’s audio, how did you feel?
It was like a dream come true for me. He is very simple and professional. I thank him once again for attending our audio event and encouraging us.

Q) Tell us about your producer BA Raju?
Raju sir is the coolest person I have ever met. He is very passionate about films and he has spent lavishly on Vaishakam just by believing in the script.

Q) How was it working with a senior actor like Sai Kumar?
Yeah, he is very friendly and supportive. In this film, I had combination scenes with many senior actors and I’m lucky that they all encouraged me big time.