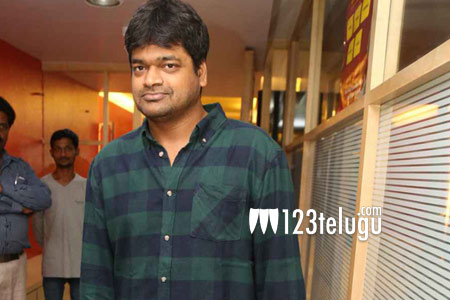 ​After the debacle of Ramayya Vasthavayya, Harish Shankar is back with yet another commercial flick Subramanyam For Sale. ​The film is up for release this week and on this occasion, we caught up with him for a brief interview. Let’s see what he has to say.

Thankfully not ! The do or die situation was when I directed Mirapakai after the debacle of Shock. Post that film, producers have a decent faith and gave me enough freedom to execute my ideas.

Q)What is the USP of Subramanyam for Sale ?

For the first time in my career, I have tried a family entertainer. The film has come out exceptionally well and the arresting screenplay will impress the audience big time.

Q)What is the story behind this unique title ?

I was always fascinated by the various ‘sale’ titles that the shopping vendors come up during the festive seasons. I had written the hero’s characterization during this time and decided to name it Subramanyam For Sale.

As soon as I finished the script, I was very clear that I wanted an upcoming hero and felt that Sai would be a perfect fit. The young lad has given a energetic performance and will impress with his acting capabilities.

Q)You elevate your heroes with a very strong characterization. Why is that so ?

Because Tollywood is a very male dominated industry and I feel that hero should be strong enough to carry the entire film on his shoulders. Same is the case with SFS as Dharam Tej will be seen in quite an interesting and fun loving character.

Q)Tell us about Regina’s character in the film ?

Unlike other heroines who have very less to do in a commercial film, SFS begins with Regina’s character and showcases her in a beautiful light. She has done a wonderful job and looks ultra glamorous in the film.

Q)Were you disappointed when you did not get a chance to direct Sardaar ?

Not at all ! Miracles happen only once in a life time. Directing Gabbar Singh was like a golden chance and as a fan I showcased Pawan Kalyan to the best of my abilities.

Q)What are your upcoming projects ?

I am totally focused on this project and once I am done with the post release promotions, I will think about my future projects.