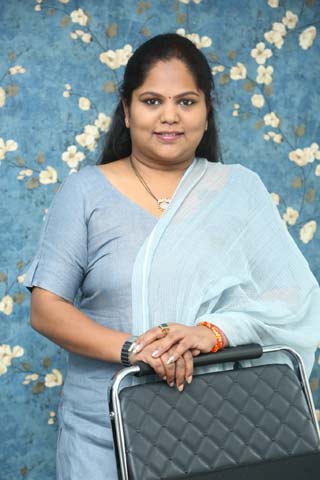 Legendary director Late Kodi Ramakrishna Garu’s elder daughter Kodi Divya Deepthi is venturing into film production with the film ‘Nenu Meku Baga Kavalsinavadini’ that stars Kirran Abbavaram, Sanjana Anand, and Sonu Thakur in the lead roles. The film is directed by Sridhar Gade of SR Kalyanamandapam fame. Ahead of the film’s release on 16th September, the producer gave a media interview sharing her experience. Here is the transcript.

How are you feeling as the release is near?

As Nenu Meku Baga Kavalasinavadini is my first film, I am feeling a bit nervous. Our unit is very confident in the film’s output and it came really quite well. Even on the business side, we are very happy. I am hoping that our efforts will be paid off through audience response.

Tell us more about the film?

This is a complete family entertainer. Also, we discussed an important point under current along with the commercial elements. Every girl and the family audience will react after watching the film. We elevated the father-daughter bonding. Though the characters will be fewer, we opted for SV Krishna Reddy, choreographer Baba Bhaskar, and others so that the audience will get connected.

How did you feel when Pawan Kalyan launched the trailer?

I am feeling delighted as Pawan Kalyan Garu launched the trailer and gave his blessings. He adores my father a lot and wished us all the best for success. He liked the fight sequences and congratulated our D.O.P.

How is your experience as a producer?

I have been planning this for a long time and finally, it happened now. I felt the production to be challenging each day. But I never thought of it as a hurdle and tried to learn something new and thus proceeded further.

As there are multiple releases this week, how well will your film work?

Though they are many films releasing this week, I feel Nenu Meku Baga Kavalasinavadini will cater to all sections of audiences as it has good content with family entertainment. Without including the overseas, we are releasing the film in 550 theatres just in India.

I will announce our next 10 days after this film’s release. I will again get back to you with a good film. If we come across good scripts that demand a high budget, we are ready to produce them. I will decide on the budget according to the script.