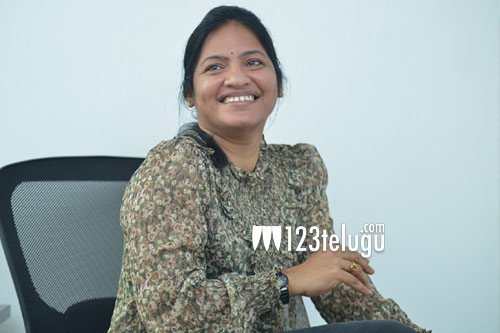 Varudu Kavalenu is a film that will be out this Friday. On this occasion, we caught up with the film’s director, Lakshmi Sowjanya for a brief interview. Here is the transcript.

How did this movie materialize?

I have been working as an Ad for a long time now. I met producer Chinna Babu Garu in 2017 and narrated the story. He liked it very much and said yes to the film. But due to the pandemic, the film was delayed by two years.

Talk is that Naga Shourya was not the first choice as the hero?

Yes, I had Shourya in mind when I wrote the story. But as I got a chance to meet some noted heroes, I narrated the film to Naga Chaitanya. He liked the story but things did not materialize. Then, I met Shourya and he became the apt choice for the role.

Films on weddings have been made in the past. How different is Varudu Kavalenu?

I feel stories are one and the same in most films but the characters and backdrops are different. The way my actor Ritu and Shourya behave in the film, their conflicts, and romance, everything is new in Varudu Kavalenu.

I was born in Kurnool and brought up in Guntur. Post my graduation, I wanted to get into films. I landed in Hyderabad and joined Teja Garu at the age of 18. I have worked with Krish, Shekhar Kammula, Manjula, and many other directors. At a point, I was the most happening Ad in the industry. With so much support, I decided to become a director and started my trials and here I am with my debut film.

Looks like Ritu Varma is getting more screen space in the film?

Nothing like that. She plays a girl who is stubborn and wants things in a specific way. But Shourya is also the main part of the film and you will love him in his role. Both Ritu and Shourya have equal parts in the film.

Finally, what are the highlights of Varudu Kavalenu?

Both the girls and boys will deeply connect with the film. There is a very good takeaway for the youth with this film. The romance, bonding, career goals, everything is so neatly defined in the movie and everyone will surely love the movie.