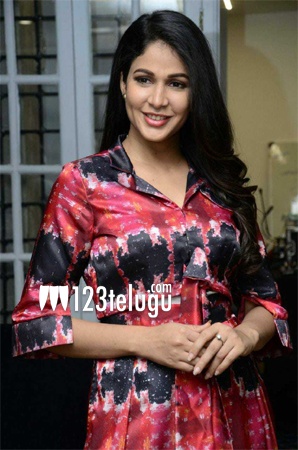 A1 Express is all set for a release on the 5th of March. On this occasion, we spoke to the film’s lead Lavanya Tripathi about the film and her role. Here is the transcript.

How excited are you about A1 Express?

We have put a lot of hard work into the film and want it to be a big hit. Though we had so many offers to release the film on OTT, we stuck for a big-screen release as were super confident about the film’s success.

I was bored of doing routine roles and decreased signing films at a point. This film came to me at the right moment and when I heard that I will be seen as a hockey player, I said yes to it right away.

How did you prep for this sports drama?

There was a special coach assigned for me and under him, I practiced hard. It looked a lot of fun initially but it was very hard to get into the body of a hockey player. A lot of physical strength is needed but I managed to do the role with the help of my director.

Working with a debut director?

Though he is coming from the background of short films, Dennis had a lot of clarity in his making. He came well prepared on the sets and handled all of us quite well. The way he mixed sports with emotions was quite impressive.

Your chemistry looks good with Sundeep Kishan. Tell us about it?

Sundeep is a very good friend and we both know each other for a long time now. I had worked with him on Maayavan but that film did not have romance. As we are quite close friends, it came through on screen.

What’s your take on OTT platforms. Are you getting any offers?

OTT is a new and welcome change in the industry. I was getting a lot of offers but I did not like the roles. The day I get a good role, I don’t mind even doing a negative character. It should be challenging.

I have Chaavu Kaburu Challaga and am all set to sign a very interesting film. I am in the industry for a long time and want to challenge myself with diverse roles. So, I am not signing every film that is coming my way.