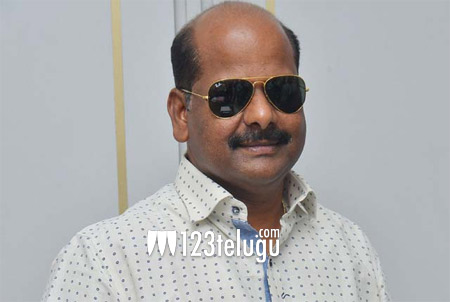 Young sensation, Vijay Deverakonda’s much-delayed project, Ye Mantram Vesave is finally hitting the screens on March 9th. On this occasion, we had a brief interview with the film’s presenter Malkapuram Sivakumar. Here is the transcript.

It’s a romantic thriller which has enough commercial elements to satisfy the youth audience. Hero Vijay Deverakonda’s character and his acting will impress the audience big-time.

Q) Any particular reasons to take rights and release the film?

Yeah, actually when the film started I was not involved in it. Later, due to some financial issues, the film got delayed and in that process, I happened to watch and liked it very much and decided to acquire the theatrical rights.

Q) Why Vijay is not promoting the film? Are there any clashes between the hero and makers?

No. The actual reason is we decided to release the film in March and kick-started promotions. On the other hand, Vijay is busy with his committed projects so due to lack of time he is unable to promote the film.

Q) Tell us about the theatre’s strike?

Yeah, finally it came to an end on a positive note today. Maximum by today evening, we will get an official announcement on it.

Q) Are you banking on Vijay Deverakonda’s post-Arjun Reddy craze?

A) No. I watched the film and I’m satisfied with the content. I’m sure that the audience will give positive feedback on the film.

I’m releasing Tamil film Gulaebaghavali in Telugu. Later, we are planning three projects which will go on floors from April. I’m even planning to remake our film Surya vs Surya in Bollywood.