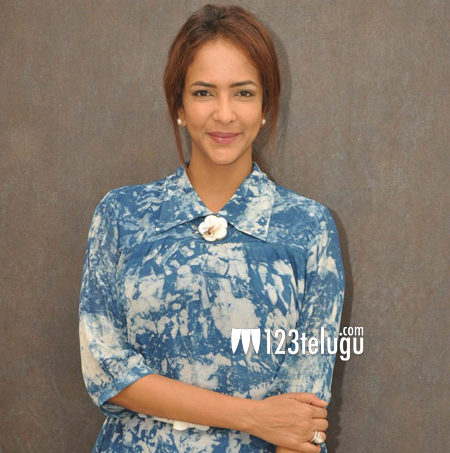 Dynamic lady Manchu Lakshmi is setting the silver screen on fire with her multiple talents. Her upcoming flick Dongaata is slated to hit the screens on May 8th. On the eve of film’s release, we caught up with her for a brief interview. Let’s see what she has to say.

Q) Give some details about Dongaata and your role in it ?
A) This movie will be on the lines of a crime comedy with plenty of entertaining elements in it. I essayed the role of a star heroine in this flick and my role has lot of funny shades. I am eagerly looking forward to the release of this movie.

Q) The song crooned by you is getting good response. Have you expected it ?
A) No, the entire team was surprised with the thumping response from the music lovers. I am thankful to the audience for making it a huge hit.

Q) Tell us about the director of this film ?
A) Vamshi Krishna worked as an assistant to Gautham Menon. He has developed the story in a nice way, and taking his experience and his work into consideration, we selected him to direct this flick.

Q) How did you feel while doing this role which has comedy touch?
A) It is not an easy task to fit into a comedy role. We have to follow the comic timing and certain care should be taken while playing these characters.

Q) NBK’s Lion is releasing on the same day. Aren’t you afraid to release this flick simultaneously with a big-budgeted flick ?
A) No, both these flicks are of different concepts and we are confident that audience will receive them equally well.

Q) Tell us about the proceedings regarding Manoj marriage ceremony ?
A) Yes, the preparations are going on at jet-speed. Our father is leaving no stone unturned to make it a traditional ceremony.

Q) What are your upcoming projects ?
A) I have signed a flick with short film director Tarun Bhaskar. This project will go to floors in June. I am also planning to launch a reality show which includes Manoj.