Interview : Miryala Ravinder Reddy – Akhanda is a visual treat for everyone
Published on Nov 24, 2021 8:51 pm IST 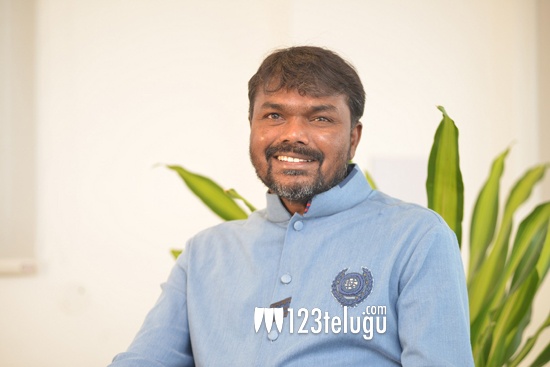 Akhanda is up for a massive release this 2nd of December and on this occasion, we met with producer Miryala Ravinder Reddy for a detailed interview. Here is the transcript.

Tell us about the delay in Akhanda’s release?

The shooting of the film started even before the first lockdown and the final product was ready before the second lockdown. But as things were tense, we halted the release. I feel things are safe now and that is the reason we are ready with a massive release on 2nd December.

Tell us about the production of the film?

Akhanda is a visual wonder and will thrill everyone. It is not a regular hero-villain film. Boyapati took a lot of time to ready the story. He will present Balayya in a new manner and the story is really different. Shooting wise too we faced difficulties in getting permissions for various locations due to Covid but we made sure, the output is not compromised.

We started the film with the title Mahajatakudu. His presence and the way he owned the film are something else. From day one, he was involved in the story and production of the film. Even during the delay, he was confident that the film is only a big-screen release and nothing else.

Will the ticket rates in AP hamper the collections?

In a way, they will. That is also the reason, we gave a lot of discounts to various distributors in AP. The rules set for the ticket prices are for everyone so we have to oblige it and plan accordingly even in the future as well.

About Srikanth playing the main villain in the film?

Though many had raised eyebrows regarding him playing the villain, we were sure that he was the best choice. Srikanth’s career will also take a new turn like Jagapathi Babu post this film. He will shock you with his performance.

About Thaman’s music for Akhanda?

More than us, Thaman believed in the script. He has given superb songs and his BGM will give goosebumps to the audience in the theaters. Akhanda is Thaman’s best work to date.

Finally, why did you cancel the massive pre-release event?

We had planned a crazy event on open ground with huge crowds. But as Balayya sir underwent surgery, we changed it to Shilpakala Vedika in Hyderabad. But the event will be no less and take the buzz to the next level.