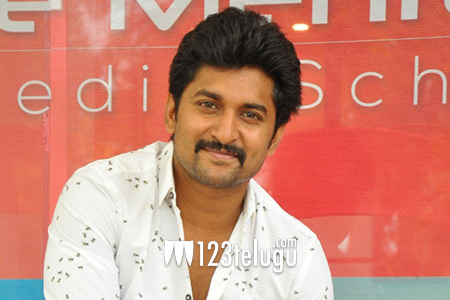 Continuing the super success of his films, Nani is back with yet another commercial flick called Krishnarjuna Yuddham. On the eve of the film’s release, we caught up with him for a detailed interview. Here is the transcript.

What’s new with the double role in this film.

I have already done double roles in Jenda Paikapiraju and Gentleman. Both the films had links with the double roles. But the double role in this film has no connection to each other. Both of them fight for their own problems and how they cross paths is the whole story of the film.

Playing Krishna was a lot of fun as it threw a few challenges at me. Firstly, I had to get the Chittoor slang right. The first two days were quite unsettling but with the help of my director Gandhi, things fell into place completely. The audience will love Krishna more because of the humor attached to his role.

How was it working with Anupama Parameswaran?

I had a ball working with her. Even though she looks quite simple off-screen, the moment she comes on camera, she is something else. No wonder everyone loves her as an actress and she has done a superb job in her role in this film.

The film has good comedy, emotions, and romance. I feel that the young comedians will surely impress everyone in a hilarious manner. I have seen the film and am pretty confident that the film will be huge for me this summer.

Gandhi’s films have unique humor. How did you adapt to it?

He is one director who is extremely clear about his film. There has not been a single shot which has been reshot. What is there on the paper will be on screen. I had a lovely time working with him as he has narrated the film in a more impressive manner that I ever thought off.

How do you take your recent star status?

I am very happy with the way things are going for me. But there will also be a day when things will go wrong with my judgment. I am always prepared for every stage of my career and it is good to see people having so much love and accepting me as one of them.

Don’t you feel at risk as Bharath Ane Nenu is coming in just a week’s time?

No. I think of competition in an opposite manner. When films like Baahubali came, the market for other movies like Bhale Bhale Magadovy increased in a big way. There should be a line up of good movies and that is the time the most audience will keep running into the theaters to watch films back to back.

Yes. That is my motive. I want to introduce as many directors as possible to the industry which has given me so much. New content, new age filmmaking needs solid support and I am game for it.

How was is it working with Nagarjuna?

We have already shot for a week and that too for a song. I am super excited about acting with him and till now, we have kicked off quite well.

How excited are you about the show Bigg Boss?

As of now, I do not want to comment on it as the Maa people themselves will announce who will host the show when the right time comes.

Tell us about your film with Koratala Shiva?

I have not met him for a long time now and I do not know where these rumors come from. As of now, I am very busy with my films and there is no project of that sort with Shiva in the near future.

At least five films are on the scripting table and I need to see which one to lock first. Once I am done with my multi-starrer, I will think about these films next.