Interview : Nithiin – Macherla Niyojakavargam appeals to all sections of the audience
Published on Aug 10, 2022 1:00 am IST 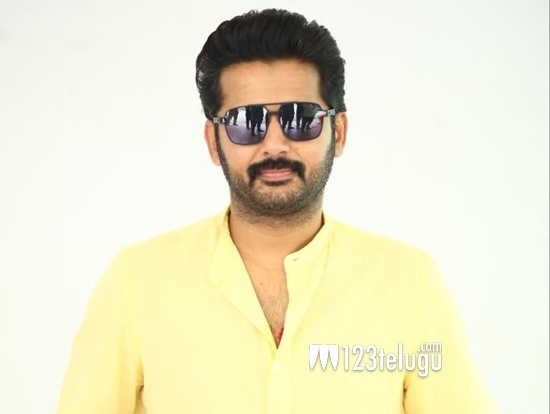 Mass commercial entertainer Macherla Niyojakavargam starring Nithiin, Krithi Shetty, and Catherine Tresa in lead roles is up for a grand release on 12th August. It is produced by Sudhakar Reddy, Nikitha Reddy, and directed by M.S.Rajasekhar Reddy. Ahead of the film’s release, we met with actor Nithiin for a brief interview. Here is the transcript.

After so long you are acting in a full-length mass film. Is there any strategy behind this?

There is nothing like a separate strategy. I have been in the industry for over 20 years and I got bored doing love stories. I did Macherla Niyojakavargam with the thought to go to the next level. This is a full-length commercial film with all the mass elements.

What is the point that attracted you to Macherla Niyojakavargam?

The story will be unique. Also, I liked the hero’s characterization. I haven’t played an IAS role before. Even though it is a mass film there will be freshness in the story and characters. The film has come out terrifically. It has all the dances, fights, and songs. It will be a feast for the fans. Macherla Niyojakavargam will appeal to all sections of the audience. I will watch it first day first show.

How did you get the confidence that MS Rajasekhar Reddy can direct a film, who is actually an editor?

I liked his editing style during the shooting of Lie in 2017. When we used to talk about cinema, his inputs will be good. It is when I told him that it would be good if he becomes a director. He started to think after I told him this. During Covid, he wrote the story. I okayed the script in the first sitting itself.

For doing this IAS role, have you undergone any homework and makeover?

Regarding this aspect, my director did a lot of homework. He met a lot of IAS officers to study their body language. While shooting he used to tell me where I need to act in a mass way and where I need to be dignified.

As a hero how do you feel the audience’s tastes and preferences have changed?

I am not clear about how the audience’s mood swings have changed after the Covid. I am unable to understand what kind of films they are watching and what they are not watching. If they are liking the teaser and trailer they are coming to the theatres. If the movie is good it is running well. But again it became unpredictable.

Are you satisfied with your 20-year film journey?

I have seen lots of hits in my carer. I have also witnessed a few failures as well. I am satisfied with the things going on currently. My plan is to work harder and to go to the next level.

Do you have any plans of doing PAN Indian projects?

If we plan to make a PAN Indian film it doesn’t work out properly. That’s my opinion. It will be successful only if a correct story is present. I will surely do it if the right story comes to me.

I am doing a film with Vakkantham Vamsi Garu.