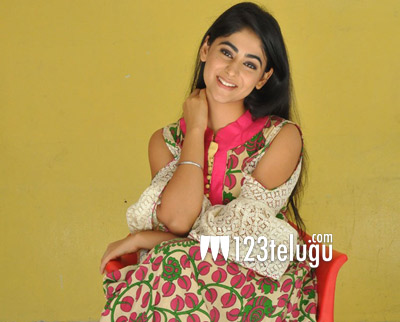 Juvva is one film which has been in the news for quite some time now. As the film is nearing its release, we caught up with the film’s heroine, Palak Lalwani for a brief interview. Here is the transcript.

Director Trikoti was very much impressed with my performance in my debut film and approached me for the role. As I liked the story very much I okayed the film right away.

A play a pretty normal girl in the film who gets into all sorts of problems because of some unwanted circumstances. It is a performance oriented role which gave me good scope to perform.

My dad, Mr. Lawani also belongs to the entertainment world. He did a lot of television and has been an inspiration for me to join films.

Even though he is new, he worked very hard and learned a lot during the making of this film. We have become good friends and shared a very good chemistry on screen.

I am very confident in my real life and take Anushka Sharma as a huge inspiration. I want to do some female-oriented films like what she is doing these days.

I have two films ready for release. One is with G V Prakash in Tamil and other is in Telugu which has Visvanth as the main lead.