Interview: Pawan Sadineni- Nara Rohit is like Venkatesh of this generation
Published on Mar 30, 2016 1:49 pm IST 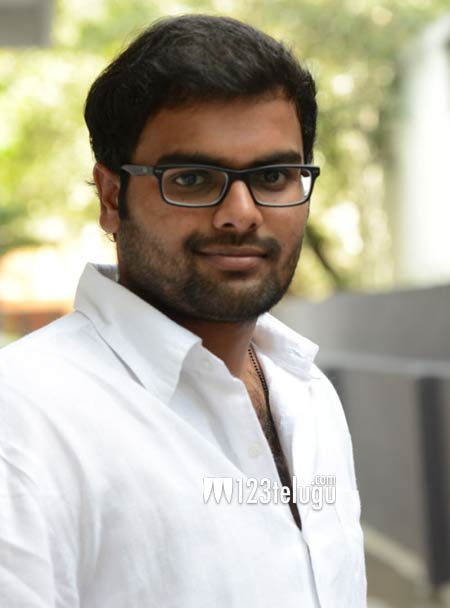 Director Pawan Sadineni, earned critical acclaim for his debut film Prema Ishq Kadal. After a long gap, he is back with a family entertainer Savitri. One the eve of the film’s release, we caught up with him for a detailed interview. Let’s see what he has to say.

Q)Why did you take such long gap after Prema Ishq Kadal ?

Post the release of Prema Ishq Kadal, I wanted to make a film with a decent budget. The story, star cast and finding a right producer took a lot of time.

Q)What made you go for a film with higher budget ?

As Savitri is a family oriented film, there are so many supporting characters through out the film. In order to accommodate them, the production cost was a bit higher when compared to my previous film.

Not at all ! Both Nanditha and Rohit play equal roles in the film. It is the story of a girl named Savitri who is obsessed with marriage. What happens to her when a boy named Rishi played by Nara Rohit enters her life is the entire film all about.

Yes ! It was the catchy title which drew Rohit towards this project. The way both the characters behave made him okay the film right away.

Q)Tell us about Nara Rohit’s role in the film ?

He plays a medico and the way he helps Savitri’s character with a twist is rest of the film. Also, post Solo, everyone wanted Nara Rohit to do yet another family entertainer. Savitri is the best answer for everyone and I feel that Rohit is like Venkatesh garu of this generation who is liked by every section of the audience.

Q)What are the driving elements in Savitri ?

Family emotions will be the biggest highlight of the film. All the emotions are quite natural and will connect with every one big time. Also, Murali Sharma, Dhanya Balakrishna and Ajay’s characters will be hugely entertaining.

Q)Why did you choose Nanditha ?

After naming my film Savitri, I only wanted a Telugu girl as the female lead. The only actress who came to my mind was Nanditha. She has done a wonderful job and her chemistry with Rohit will be quite endearing.

Q)Sardaar is releasing just a week after Savitri. Are you not scared ?

Not at all. The summer season has kick started and there is scope for many films to do well. I am very confident that Savitri will entertain everyone amidst huge competition too.

Q)Tell us about your background ?
I am from Vijayawada and worked in the US for a while. My passion towards cinema brought me back to India. I made some short films and that is how Prema Ishq Kadal happened.