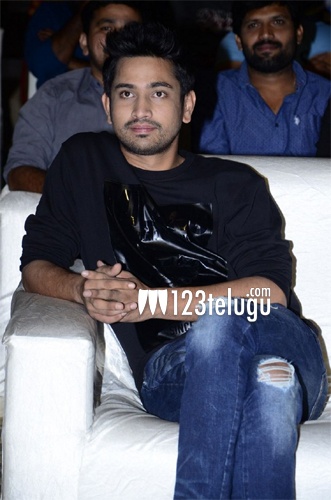 Power Play is a film that will be out this Friday. On this occasion, we caught with hero Raj Tharun for a detailed interview. Here is the transcript.

Are your recent flops a reason for doing these serious films?

No. Not at all. Me and director Vijay Kumar wanted to do one more film together. Post the release of Orrey Bujjiga, our core team met and decided that if work again, it should be a different film altogether, and here we are with Power Play. Also, I have never done such a thriller before.

What is Power Play all about?

It is about the people who are powerful and how they play with poor and innocent people in life. The film is about a youth who gets into issues which he does not commit and to prove things right, he is on the run in the whole film.

How difficult was it to do a serious film?

I am an actor and it is my duty to showcase all kinds of emotions. I have done fun and comic flavored films to date. This time it is a thriller and you will see me in a new avatar. Working-wise, I did not have any problem.

About the working experience with Vijay Kumar Konda?

Vijay has become a close friend of mine. He is a very talented director who can make films in different genres. He is also trying to make something new for the first time and has narrated the film in a thrilling manner. The film has some good twists and solid BGM.

What went wrong with your previous films?

There are so many factors that make things go wrong. There are a lot of people who worked on my films. I don’t want to pinpoint what went wrong but I did all those films quite sincerely but they did not click. I hope this film clicks for me.

I am shooting for two of my films as of now and they are also nearing completion soon. Out of these two, one is directed by a debutante and I am quite excited about it as it is a crazy rom-com.