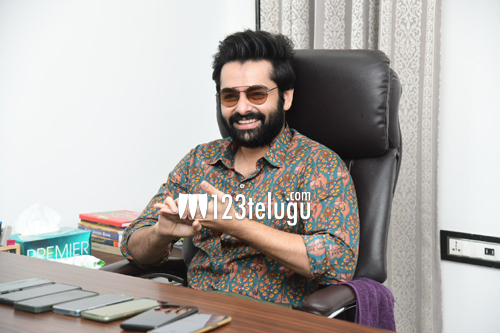 Ram’s The Warriorr is all set to release this Thursday and on this occasion, we caught up with him for a detailed interview. Here is the transcript.

What made you do a cop story in the first place?

I always wanted to play a cop and was looking for stories. But none of the stories I listened to impressed me. That is the time, Lingusamy came to me and narrated this script. I really liked the unique point in the story and said yes to it right away.

Whose choice was it to cast Aadhi Pinisetty?

He plays the role of Guru in the film. I loved the character and was waiting to see who will play it. When Lingusamy said Aadhi’s name, I was so happy. But Aadi was doing only selected films and was not that keen to play a villain. But once he listened to the story, he came on board.

I generally don’t take initiative when it comes to music as it is not my department. But when I came to know that Simbu will croon Bullet song I was super thrilled. He is one of the main reasons for the film getting a solid buzz in Tamil.

Your preparation for the cop’s role?

After Lingusamy left my place, I got myself a police uniform and started prepping for the film. I was super excited to play the character and my energy also suits the role quite well. Not only me but everyone like DSP and Lingusamy prepared in their own way to work on this film.

She is very young but has a very stable head on her shoulders. Krithi loves her craft so much and respects it. That is the reason she is going places in her career and has done a superb job in this film.

I have done so many romantic films and wanted to shift gears and that is the reason did Ismart Shankar. As of now, I am looking more at action films but when I get different subjects, I will do them as well.

About your love life and wedding?

A report came out that I am getting married to my childhood school sweetheart. This news raised a few eyebrows even at my home. But all those are rumors and there is absolutely no truth in them.

About your next film with Boyapati?

I am super thrilled with the film as Boyapati is all set to showcase me in an angle even I have not explored. This film will be my first pan-India film and will be made on a big budget.