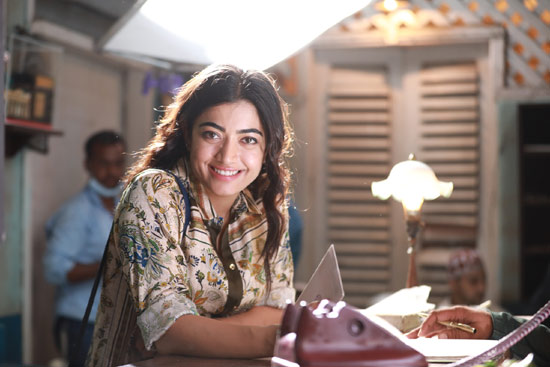 Sita Ramam has become a good hit and on this occasion, we caught up with Rashmika who played a key role in the film. Here is the transcript.

About the film’s success?

I am super thrilled with the film’s success. The team has been working hard for over two years for this project. Everyone believed in this film and it is so good to see the film doing well with the critics and box office.

What made you accept Sita Ramam?

I want to explore more as an actress. That is the time, this role came to me. Even though it is not a lead role, I felt that it would challenge me as an actor. So, I did not shy away and accepted the role.

He is a very passionate director and made good films in the past. But somehow, he did not get that kind of attention. With this film, he changed things and worked on his weaknesses and here he is with the success.

About your recent success rate?

I am super lucky to be successful in my career. Things have fallen in place perfectly for me and feel that this golden run continues forever. In Hindi too, things are set and I hope I get a new lease of life in my career.

I am dying to work on a period drama and also do a sports based film. I would also love to do a biopic as well. For now, my hands are full with projects and I have no complaints.