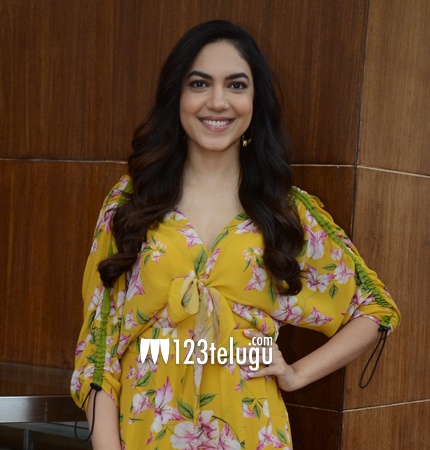 Tuck Jagadish is up for a release soon and on this occasion, we met the film’s heroine Ritu Varma for a detailed interview. Here is the transcript.

Until now, I have been playing city-based girls but for this film, I am playing a small-town woman who is a government servant. She is quite chilled out and speaks her mind always. I never played such a role and it was quite interesting to don such a character.

Your take on the OTT release of Tuck Jagadish?

I was a bit disappointed as this film is my first proper commercial film. I had pinned a lot of hopes but considering the times we are in OTT release is also a safe option. The reach will be more and many will get to see my work.

Why are you so selective with Telugu films?

To be frank, post-Pelli Choopulu, I did not get the kind of work that I was looking for. I am not in a hurry to do more films. That is why I am selecting things at an easy pace. Now, with multiple films lined up, I am happy and content with the way I am doing different characters.

Working with a star-like Nani?

I had worked with him in Yevade Subramanyam already. But I did not interact with him much that time. But with Tuck Jagadish, I got to spend a lot of time with him. I love the way he speaks about various issues in life and the way he chooses his films. He is a self-made star and has been only becoming a big star with each film of his.

Shiva Nirvana is a very sensible director and his previous films are an example. He does not like over-dramatic scenes and did not ask me to overact. His grip on emotions is very strong and the way he has handled so many stars in the film is very good.

What are your expectations from this film?

This is the biggest film of my career and I have pinned a lot of hopes and am expecting that this film will change my career. More than anything, a lot of people will watch me perform and the film will surely impress everyone.

Not at all. I am game for glam roles but my role should have some substance to it and should help the movie in a big way. I am here to do all sorts of roles.

I have Varudu Kavalenu, then, there is a film with Sharwa and have also a film in Tamil. Dhruva Nakshatram is yet to release and am in talks for an anthology series for Amazon.