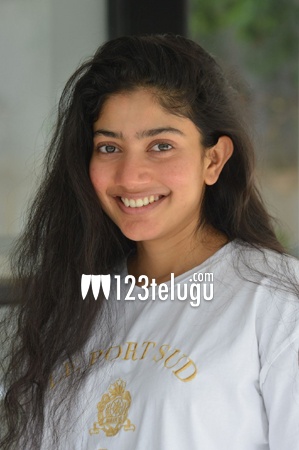 Virata Parvam is a film that is being awaited by one and all. It will be out this Friday and on this occasion, we caught up with Sai Pallavi for a brief interview. Here is the transcript.

You met the family of Sarala on whom the film is based. Tell us about it?

It was an enriching experience for me and I became quite emotional. They presented me with a Sari and blessed me. What else can I want from such a family who suffered so much?

The story is also quite new to me and the rawness drew me more into the character which I played. I never played such a role before and took this as a challenge.

I knew that this story was derived from real life. But I looked at this film in a cinematic way only. If I start thinking of it as a real-life I cannot perform. So, I took the character of Vennela in a pure cinematic manner and portrayed it as raw as possible.

Tell us about working with Rana?

When I signed the film, I did not know that Rana was doing Ravanna’s role. But the moment he joined the film, the dynamics changed. Rana is an intense actor and has done a superb job as a Naxalite. He is one actor who finds the best scripts and chooses superb roles.

On Being called Lady Powerstar?

This is quite an exaggeration and I don’t like anyone calling me like that. I am here to work with everyone and not the one who takes my stardom seriously. I only like to play dignified characters in all my films and take the love of the audience to heart and not on my head.

In the future, will your stardom stop you from doing realistic films?

Firstly, I don’t believe in stardom first of all. So when I don’t take it seriously, there will no pressure on me. I want to act with all the heroes and play memorable roles like the one in Virata Parvam.

Are you bothered about the commercial success of the film?

Films are beyond me and will be remembered even after as art stays forever. So, I don’t believe in art or commercial cinema. For me, I choose roles that challenge me as an actress and do them with utmost sincerity.