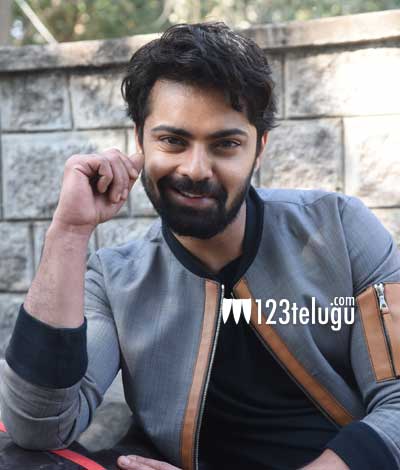 Dirty Hari is a film that has caught the imagination of many. It is a film that is being made by MS Raju and will be out on the 18th of this month. On this occasion, we caught up with the film’s hero Shravan Reddy for a detailed chat. Here is the transcript.

Tell us about yourself?

I was born and brought up in Hyderabad. In the year 2006, I wanted to get into showbiz and moved to Mumbai and did several Hindi shows and was a popular actor in the Hindi TV industry. Then, I also did a few web shows and out of them, Thikistan was the biggest hit.

How did you get this role of Dirty Hari?

As my show Thinkistan was a god hit, MS Raju sir happened to see it. He liked my role and had me in his mind for his project. When the character of Hari came up, he thought of me and when he came to know that I am from Hyderabad, he spoke to me and roped me in. I play a very ambitious role who is greedy in life and what mistakes I do is the story.

Your reaction when you heard the script from MS Raju?

I was pleasantly surprised when I heard the script. I sat down with the intention that his story will be something different. But the moment he started narrating the script, I was shocked. But the manner in which he related to the present generation and the sensibilities, I loved my role and the story.

Was too much bold content necessary in Dirty Hari?

In a way yes. The story demands such scenes and all of those love-making scenes have a connection to the story and go with the flow. Also, the hero of the stories these days need not be good always. The story of Dirty Hari is about a guy who has grey shades in his character and does things according to a plan. But there is so much sentiment and a woman’s perspective that is shown in the film.

How difficult is it to shoot the bold scenes?

It is quite difficult and also not comfortable at all. There are a number of cameras looking at you. One has to get the mood, sync, and camera angles right while shooting such scenes. But frankly, I did not have much of a problem shooting such kinds of scenes. My role does not have a sugar-coated touch. I am what I am in the film and that has been showcased in a harsh manner.

How was it working with a person like MS Raju?

MS Raju is an experienced filmmaker and I had a blast working on this film. He worked so much on this script and dealt with it in a superb manner. He has given the film a very natural touch to the characters and made the film in a very natural manner.

I am quite new to this Telugu industry. Though I have a lot of experience in the Hindi field, I am trying out different things and am working on a Hindi web series that is being made on a big scale.