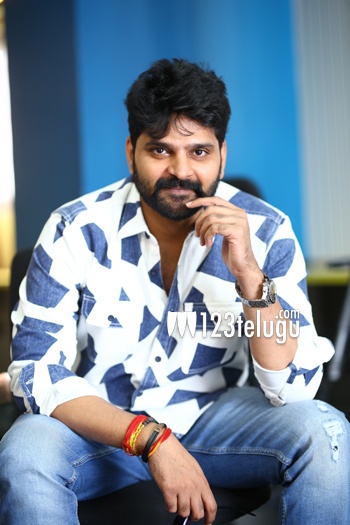 Sree Vishnu is ready with his new film Alluri which will hit the screens this week. On this occasion, we caught up with the star himself for a brief chat. Here is the transcript.

What is Alluri all about?

Alluri is a cop drama based on true incidents that happened in AP and north India. A fictional cop character with the name Alluri has been created and weaved into the story in a beautiful manner.

How different is this cop story different from others?

My character is a cop. Why he decides to become a cop, how he took on the system, and what obstacles he faced are the basic story of the film. The film is screenplay based and has many intense moments.

What made you invite Allu Arjun to the pre-release event?

This film is quite different for me as I am playing a cop for the first time. For this film, I want a wider audience to watch it. So, who better than Allu Arjun to take the film deep into the audience. Not only Bunny but Nani and Ravi Teja have also supported the film.

You never promoted any of your previous films aggressively?

This film has a very big canvas and I am super confident. The films which I am confident about, I go all out. Times have changed and the more exposure you get, it will help the film. This film needed that kind of promotion and we went all out.

Are you trying for a mass image?

I am not in the image game in my career. This is a subject which I liked the most and attempted it. My upcoming three films will be in a different genre and have a realistic approach. I want to do all sorts of roles and not be image bound.

When they came up with the story, I liked the way the project would be mounted in a big way. My role is special and it showcases me in a new manner. The real-life incidents and the manner in which they are incorporated is the best part.

I have three films lined up and will release them in the days to come. All of them have different stories and each one will showcase me in a new way. For now, I am super thrilled with the release of Alluri.