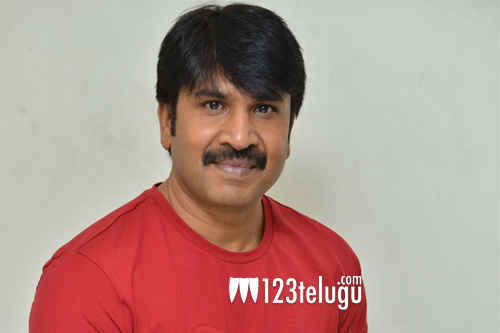 Comedian turned hero, Srinivasa Reddy’s fun-entertainer, Jamba Lakidi Pamba is hitting the screens on June 22nd. On this occasion, we caught up with him for a brief interview. Here is the transcript.

Q) After a brief gap, you are once again coming as a solo hero. Tell us about it?

After Jayammu Nischayammu Raa this is my second film as a lead. As per the story, I need to act as a lady and I took this as a challenge and performed it the best of my capabilities. Hope the audience will also like it.

Q) Are there any similarities between iconic Jamba Lakidi Pamba and this film?

The moment I heard the script I immediately said okay to do this film. Our director JB Murali Krishna has narrated the film in an entertaining manner with a good message.

Q) Apart from you and the heroine who else did major roles in the film?

Vennela Kishore will be seen in a hilarious character. Tanikella Bharani and Posani’s roles will also have the proper weight.

Q) Are you part of Geethanjali-2 also?

No. Till now, no one approached me regarding that film.

Q) Apart from this, what are your upcoming projects?