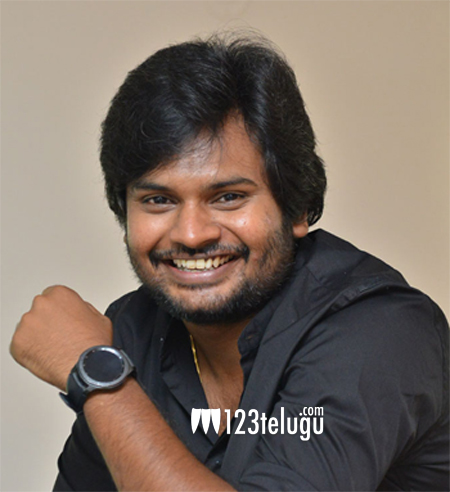 Deva Das released to a decent response all over this Thursday. On this occasion, we caught up with the film’s director Sriram Aditya for a brief interview. Here is the transcript.

The response has been terrific as I have been getting a lot of messages from the family audience saying that I have showcased both Nag and Nani in a spectacular way. The film is improving with each passing day and I am very happy that the film is being appreciated by every section of the audience.

How difficult was it to handle both the stars?

Even I had a little doubt as to how I would handle the stars. But once they came on sets, Nag and Nani were thorough professionals and has no egos at all. It was a treat to direct them and they shared a superb chemistry which is bringing the crowds to the theaters now.

As soon as Nagarjuna sir saw the film, he called and spoke to me at length about the film. He said that he thoroughly enjoyed the film and praised me for narrating the film in an entertaining manner. This was the best compliment which I will cherish it for the rest of my life.

Is there a sequel on cards for this film?

No, there is no sequel for this film. Even I would love to work with this team but there are no plans as of yet. All the rumors which are going around are just false.

I have been working the whole year for this film and am currently enjoying the success as of now. It will take sometime before I think of something else.