Interview : Sundeep Kishan – All the three heroines plays a single character in this film
Published on Nov 3, 2014 10:13 pm IST 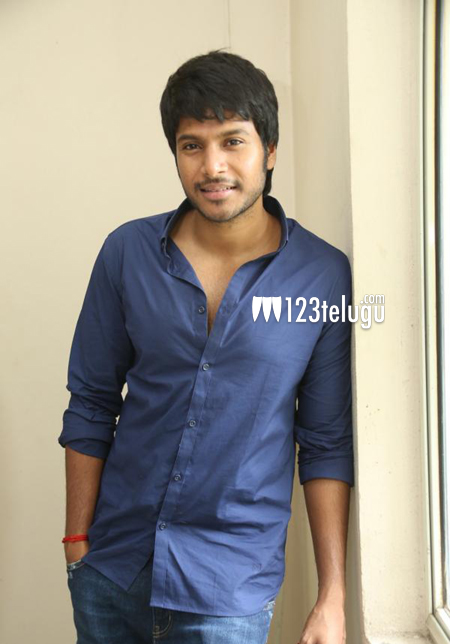 Young hero Sundeep Kishan, has become one of the most promising actors in recent times. After the success of ‘Venkatadri Express’ and ‘Ra Ra Krishnaiyya’, the actor is back with a romantic action entertainer ‘Joru’. This is film is slated to release on November 7 and on this occasion we caught up with Sundeep for a detailed interview. Let us see what he has to say.

A) This film is a pure entertainer and director Kumar Nagendra made this with a motto of entertaining the audience for two hours non stop. This is a regular commercial film and I signed it because of my confidence in the director.

A) Director showed me in a new look in this film. My character’s name is also Sundeep who is a guy next door and always gives tension to people around him.

A) In this film, there are three heroines and all of them play a single character named ‘Annapurna’. I have two mothers and two fathers and this confusion leads to a laugh riot which is a major highlight in the film. Brahmanadham and Sapthagiri’s character and music are also the other highlights of this film.

Q) How was it working with Brahmanandham for the first time?

A) I am feeling very happy to have worked with Brahmanandham. He supported me on the sets and our chemistry has really worked out really well. The comedy track between both of us is the major highlight of the film.

Q) How do you select your scripts?

A) The three things which I keep in mind before signing a film are story, director and producer. I take care that my producer should not get loses and I pick only those stories which can entertainer audience.

Q) Do you have any plans for acting in Bollywood films?

A) My first film ‘Shor in the City’ is good hit and has given me a break as actor. As I am busy in Telugu, I am not able to concentrate in Hindi. However, I am planning to act in Bollywood film in 2015 and talks about the same are going on.

A) I have completed shooting for a film which is directed by Kanmani and another film which is to be directed by A.R.Murugudass’s assistant Anandh is scheduled to go on floors soon. Apart from these, I have also signed a Tamil Film.