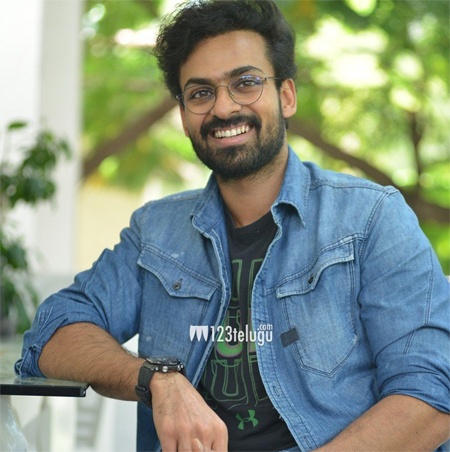 Vaishnav Tej is ready with his new film Kondapola which will be out tomorrow. On this occasion, we caught up with him for a detailed interview. Here is the transcript.

The whole concept itself is quite unique. I had known Krish for a long time and when he asked me to meet him, I was excited to see what he has written for me. He narrated Kondapolam and there was no chance of leaving this film.

Working with the likes of Krish?

He is crystal clear about every character in the film. Everyone wants to do a film with Krish and I lapped up the opportunity in a big way. He has extracted superb performance and showcased me in a new manner.

Tell us about your character?

I play an educated youth from a humble background. How he falls in love with a village girl and what problems he faces in Kodapolam and sets things right is basically my character.

She is a senior actress to me and I learned a lot form her. Even though she had a tough role and heavy dialogues, Rakul gave her best inspiring me big time. Not only Rakul but Kota and Sai Chand garu helped me a lot in my performance.

Both your films are experimental in a way. What kind of films will you be doing in the future?

Post-Rangasthalam, everyone is looking to do performance-oriented roles. I would also love to do a proper commercial film but for me, the story and director should be important.

What’s your take on the film’s output?

The film has come out quite well and will be a new theatrical experience for the audience. The film is not an experimental project as there are proper emotions, romance, and drama in it.

Tell us about your brother’s health?

Tej anna is out of danger and is getting better with each passing day. He is getting his physiotherapy done on his leg as of now and will be back in action soon.

I loved the film and Deva Katta’s narration. But I was quite happy to see anna perform in a new role. He was amazing and my entire family is so proud of him.