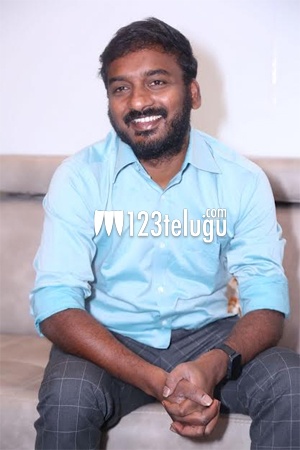 Suma’s Jayamma Panchayati is up for a release soon and on this occasion, we met the director Vijay Kumar for a brief interview. Here is the transcript.

Tell us about your backdrop?

I am from Krishna district and did my master’s. Like everyone else, I came to Hyderabad and started working in a corporate company. As I was interested in making films, I started out by doing short films and won Nandi and National awards as well.

How did this project shape up?

I always wanted to make a film with big stars but understood that it is not an easy task at all. So, along with a few of my friends, I put up some money and decided to make this an OTT project. But thanks to God, this project went on to become big with Suma Garu’s entry, and here we are with the release.

How did you cast Suma as Jayamma?

Initially, I had some big names on my list but was still not happy as they have done such roles in the past. Then, a few of my friends suggested me Suma Garu’s role. I went and narrated the script and she loved it. Still, I was not sure she would fit the serious role due to her image on TV. But once we did the test shoot, I felt she is a perfect choice.

The film is about a strong woman played by Suma and how a small incident related to her life is blown out of proportion. The film is based on a real-life story and about characters which I have seen in my real life.

Suma Garu has done a very good job. It took some time for her to get into her role. But once she did that, her performance flew smoothly. She learned the slang and worked hard on her role. Suma is quite serious in her role but there is a subtle and dark comedy that is evoked.

Working with the likes of Keeravani?

The day I started the film, I never imagined that I would work with such big names. Keeravani was one of them and composed beautiful music for the film. I have learned so much from him about how to carry yourself even though you are so successful. His addition to the film has taken Jayamma Panchayati to the next level.