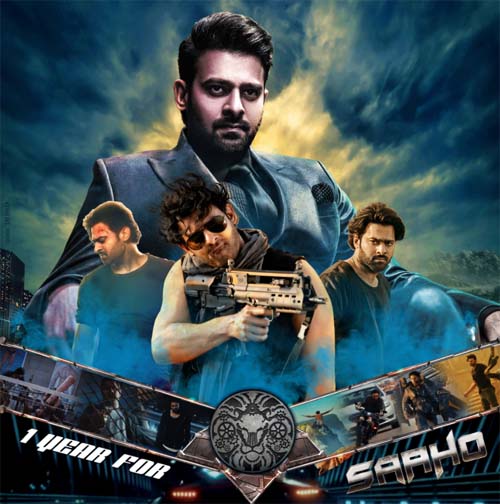 On this day, last year, Prabhas’ stylish action entertainer, Saaho, released across India amid an unprecedented hype. Even though the film failed to reach the expectations of the actor’s Telugu fans, it managed to enthrall his fans in North India.

On the occasion of Saaho’s 1st anniversary, Prabhas took to Instagram and thanked all his fans with a stylish new poster. “To my diehard fans & team Saaho, thank you for all the love and support! #1YearOfSaaho,” Prabhas posted.

Saaho featured Bollywood actress Shraddha Kapoor as the female lead. Produced under UV Creations with a whopping Rs 400 crore budget, this Sujeeth directorial also featured an ensemble cast from all the major film industries across the country in crucial roles.