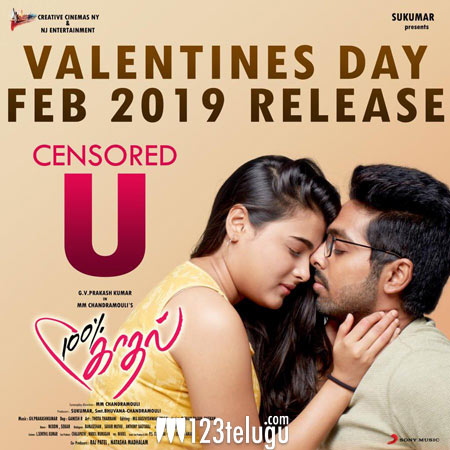 As per the latest updates, 100% Kaadhal has been confirmed for release on February 14, as a Valentine’s Day treat. Sukumar himself is presenting the Tamil version. MM Chandramouli is directing the film and Bhuvana Chandramouli is jointly producing the movie along with Sukumar. The film has wrapped up the censor formalities with a clean U certificate.