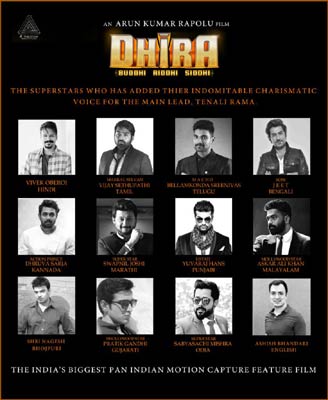 A unique and ambitious pan-India film is in the making. Titled Dhira, the film is being made in 12 languages and it’s hailed as India’s first pan-India film to be made using the Motion Capture animation technology.

In yet another unique feat, as many as 12 stars hailing from 12 different film industries across India, have lent their voice for the lead character in Dhira. This experimental film is being directed by Arun Kumar Rapolu and the film is being produced under A Theorem Studios banner.