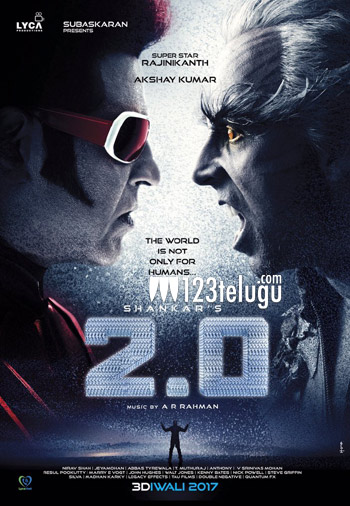 The Rajini-Shankar’s much-awaited sci-fi thriller, 2.0, has wrapped up its talkie part after the movie’s unit completed a 15-day marathon shoot in Chennai this morning. The unit will soon can a song and a minor patchwork before breaking the pumpkin.

The film’s leading lady Amy Jackson, who is reportedly playing a robot, has completed her part with the just concluded schedule. Already, 2.0’s team is busy with the post-production work. The film will feature extensive VFX.

2.0, being shot on 3D format, is slated to hit the screens in Tamil, Telugu and Hindi during the Diwali season. Akshay Kumar plays the film’s antagonist. AR Rahman is scoring the soundtrack and Lyca Productions banner is bankrolling this high budget entertainer.