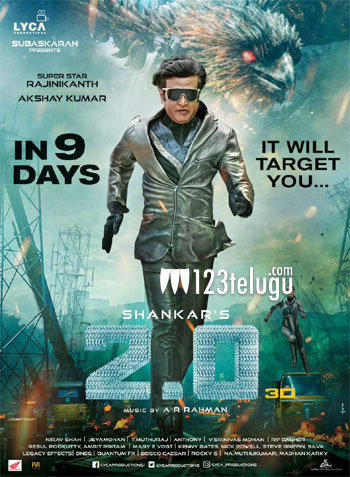 The countdown has begun for the grand release of Rajnikanth and Shankar’s highly-anticipated sci-fi thriller, 2.0. The film is all set to hit theaters on November 29 in over 10,000 screens worldwide. Expectations among the Telugu fans of the star actor-director duo are very high.

As per the latest trade reports, 2.0’s Telugu version is going to be released in as many as 1,200 screens across the twin Telugu states. An interesting update is that 2.0’s Telugu version is being released in more screens than the Tamil version. Furthermore, there are reports that the film may get the permission for five shows per day, considering the high costs involved.