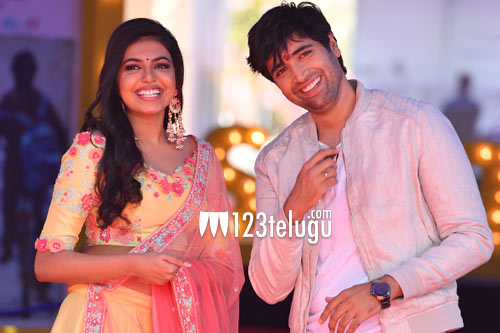 It is widely known that Bollywood hit film 2 States is being remade in Telugu with the same title. The film’s shooting is going on at a brisk pace and has wrapped a crucial schedule recently.

Now, the latest update is that the makers are planning to unveil the first look of this film on the eve of Vijayadashami. Touted as a romantic family entertainer, the film has Adivi Sesh and Shivani Rajashekar in lead roles.