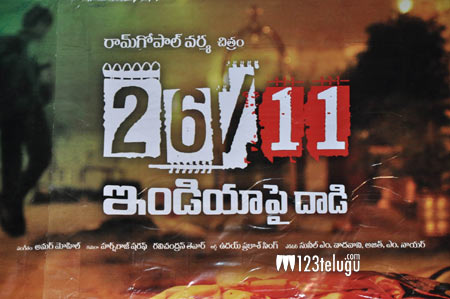 The Telugu teaser of the much anticipated and hugely awaited RGV film, 26/11 India Pai Daadi was released today morning in Hyderabad. Nana Patekar plays an important role in this horrible tale of Mumbai terror attacks which shocked the entire nation.

This film which mostly stars new comers, has been brought to Telugu audience by Y S Kanta Rao on Indus Inspirations banner. Slated to release on March 1st, this is Ram Gopal Varma’s most daring and controversial films till date.