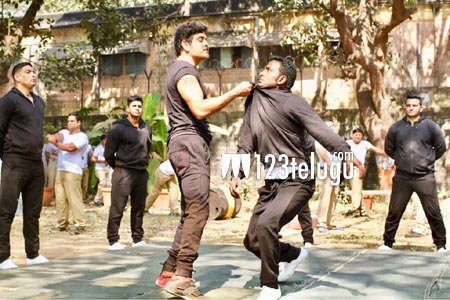 On this day, 29 years ago, Nagarjuna and Ram Gopal Varma began shooting for the path-breaking film, Shiva. On this occasion, RGV went nostalgic and took to Twitter to shower Nag with praises.

It’s well-known that both Nagarjuna and RGV have teamed up with each other after almost 17 years since the release of their 1994 film, Govinda Govinda. Describing Nag as a ‘new actor found after 25 years of search’, RGV said that Nag is doing a never seen before role which is very realistic.

The as-yet-untitled Nag-RGV4 is currently underway in Mumbai. The entire shooting formalities will be wrapped up by March end and the film is going to release in summer.

After 25 years of search,I found a new actor called @iamnagarjuna who’s doing a never before seen kind of a very realistic action hero in #NagRGV4 pic.twitter.com/knyC27ZIYi