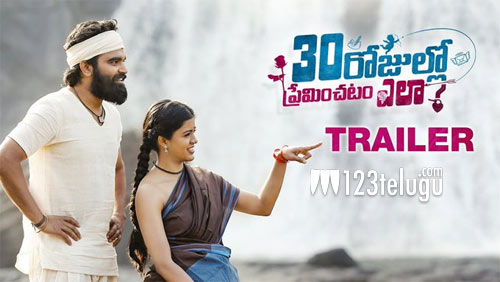 30 Rojullo Preminchadam Ela is a film that needs to click at any cost for anchor Pradeep as he is making his debut as a hero with this film that will be out soon.

After unveiling the super hit songs, the makers today released the trailer. The first impression we get is that the film could have a re-incarnation theme as the lead pair are shown in two different worlds.

Pradeep is looking handsome as a hero and his comedy timing is also pretty good. With the visuals, fun quotient, and thrill factor, this trailer has it all and has been kept light-hearted.

The film is produced by SV Babu and director Munna has surely a good subject in his hands. If the makers promote the film well once again, it will get a good opening.