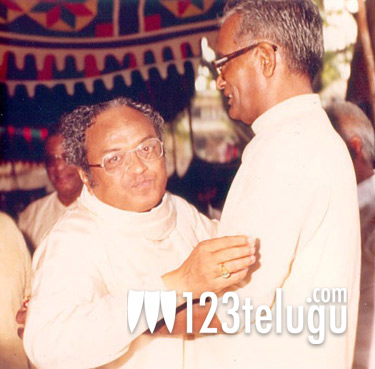 From ‘Nannu Dochukunduvate’ in Gulebakavali Katha (1962) till ‘Jejamma’ in Arundhati (2009), one man has been the silent force behind some of the best Telugu songs ever written. C.Narayana Reddy, also known as Cinare, made his debut with ‘Atma bandhuvu’ in 1962. It has been 50 years since that glorious debut and what a journey it has been.

He has penned more than 3000 songs and is considered one of the foremost authorities on the Telugu language. C.Narayana Reddy was extremely close to the Late N.T.R and both of them have had a long and successful association. Dr. Narayana Reddy was also close to Mallemala Sundara Rami Reddy, another prolific Telugu writer from his era.

Born as Cingireddy Narayana Reddy in a remote village in Karimnagar on July 29th 1931, Narayana Reddy went on to master Telugu, driven solely by his love for the language. Cinare was nominated to the Rajya Sabha in 1997 and he was conferred with the Padma Bhushan in 1992. He won the Jnanpith Award in 1988 for his work ‘Viswambara’. This master lyricist is revered by three generations of musicians and writers.

123telugu.com salutes this Legend and wishes him the very best on this landmark moment.