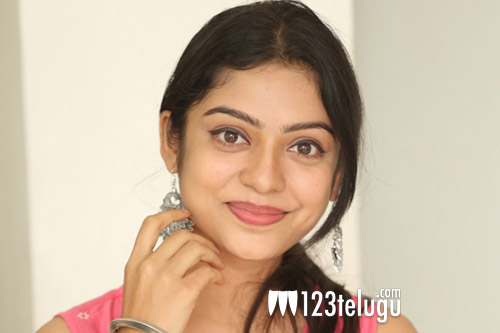 Young Coorg beauty Varsha Bollamma, who became popular for her to I’m Vijay’s Bigil, has made her Tollywood debut with the just released youthful romantic drama, Choosi Choodangaane. She will soon be seen in Samantha, Sharwanand’s upcoming romantic drama, Jaanu. In the movie, Varsha reprises her role from 96.

In a latest interview while promoting Choosi Choodangaane, Varsha revealed that she has already begun shooting for her third Telugu film. This as-yet-untitled film has Anand Deverakonda playing the main lead. Varsha plays a middle-class Guntur girl in the movie. More details about her role and the film are awaited.