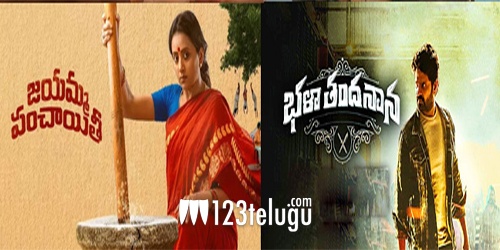 Yesterday, as many as three mid-range films in the form of Jayamma Panchayati, Bhala Tandanana, and Ashoka Vanamlo Arjuna Kalyanam have released in two Telugu states.

Out of the three, Ashoka Vanamlo Arjuna Kalyanam has shown some promise and is attracting a few during the weekend. But for the rest of the two, things are quite difficult as the word of mouth is dull.

So, this weekend will be a key and whatever the films make will help the makers as once the weekdays start the buzz will change towards Mahesh Babu’s Sarkaru Vaari Pata which comes on the 12th of May.