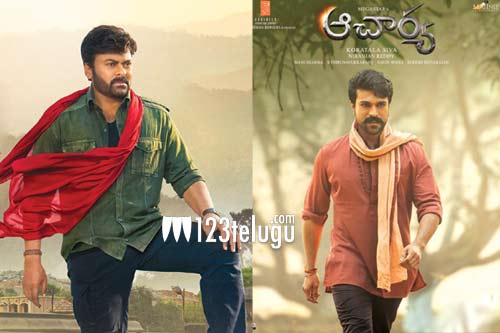 Acharya is a film that many are waiting for eagerly. The film is up for a release this 29th of this month and the pre release event happened today.

As the film has megastar Chiranjeevi and Charan in key roles and Koratala Siva directs it, there is a solid buzz for this film and the pre release business has been done quite high as per the industry insiders.

The latest info is that the pre release business has been locked for 108 crores. Nizam has been sold for 38 crores and ceded went for 20 crores. This means that the word of mouth is quite important for the film to take a good start on day one.

By the way things are going, if the film gets a good talk it will surely recover the money. Let’s see what happens.