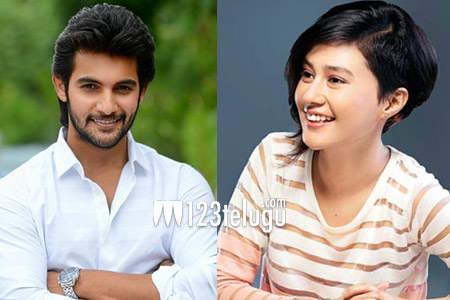 123telugu had earlier reported that Sasha Chettri, popular across India as the Airtel girl, is all set for her acting debut in Tollywood. Vinayakudu and Kerintha director Sai Kiran Adivi has roped in Sasha as the leading lady for his next film.

The latest update is that hero Aadi Saikumar is the male lead in the film and that the project will be launched on March 7. This movie is touted to be a youthful romantic entertainer. More details will be revealed soon.