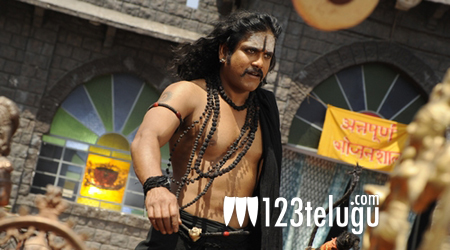 The audio of J K Bharavi’s upcoming film Jagadguru Aadi Shankara, which is based on the life of Aadi Shankaracharya, is going to be launched on March 10. The event will be held in a grand way at Lalitha Kala Thoranam in Public Gardens, Hyderabad. Several bigwigs from Telugu film industry are expected to grace the event. Nagarjuna has played a crucial role as Chandaludu, an incarnation of Lord Shiva, in the film. K Raghavdenra Rao shot the footage featuring Nagarjuna in the film. Mohan Babu has played another important role.

Kaushik is playing the title role as Shankaracharya and the film also star Sreeram Chandra, Kamna Jethmalani and Sri Hari in lead roles. Nag Srivats has scored the music and PCH Das is the cinematographer. Incidentally, Chiranjeevi has lent his voice and he recently dubbed for the film as well.