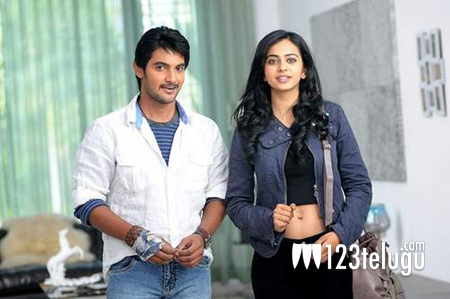 The shooting of Aadi’s upcoming film Rough is quickly nearing completion. Subba Reddy is directing this film and Abhilash Madhavaram is producing it under Sridevi Entertainment banner. Already most part of the film has been shot and currently, a romantic song is being canned on Aadi and Rakul Preet Singh. The film is said to be an action entertainer with plenty of romance. Earlier this year, Aadi was seen in Sukumarudu and now, he’s playing a complete action packed role in Rough. Mani Sharma is scoring the music and K K Senthil Kumar is the cinematographer. Srihari has played an important role in the film.