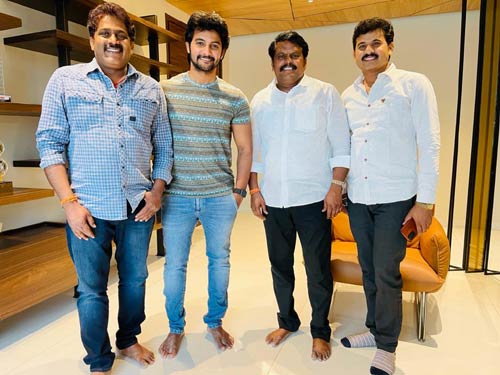 Hero Aadi Saikumar was last seen in the recently released romantic action drama, Sashi. He has already signed a few more projects that are under various stages of production. And today, Aadi’s new film had its official announcement.

Aadi has joined hands with his Chuttalabbayi director Veerabhadram Chowdary for an out-and-out commercial entertainer. The film will be produced jointly by Nagam Tirupati Reddy and P. Manmadha Rao under Vision Cinemaas and Shivatri Films banners respectively. More details about this project will be out very soon.