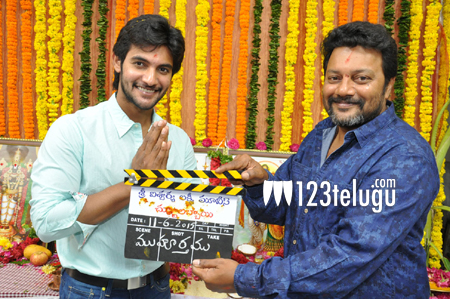 Yesterday, we had reported that Aadi’s latest flick would be launched today in Hyderabad. The latest update regarding this project is that the film has now been titled Chuttalabbai.

Directed by Veerabhadram Chowdary, this film will be a complete youthful entertainer. The project was launched today morning and Aadi’s father Sai Kumar graced the occasion and wished his son for the film. The other details about the production house and star cast will be revealed later.