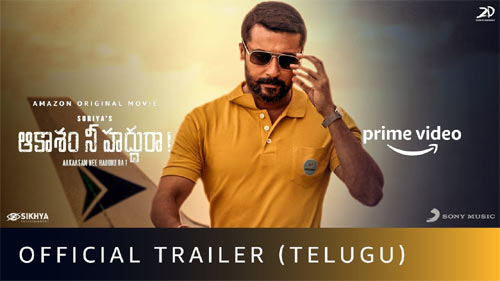 Suriya’s film career needs a boost as some of his last few films have flopped. So, he has pinned all his hopes on his prestigious project Aakaasam Nee Haddhu Ra that has been in the news for quite some time now.

The trailer was released today and Suriya is shown as an ambitious man who wants to take over the aviation world like never before. The trailer showcases the struggle of a common man and how he becomes so popular by launching his own airline and allowing passengers to travel with just one rupee as the ticket fare.

Sudha Kongara directs this film which also has Mohan Babu and Paresh Rawal in key roles. The trailer has been nicely cut and the film looks quite gripping. The film will have its official release on the Amazon Prime video on the 12th of November.